Weekend Love Forecast – Speed Bumps, horoscope is one of the oldest sciences that are concerned with celestial phenomena, their development, and their physical and chemical characteristics. 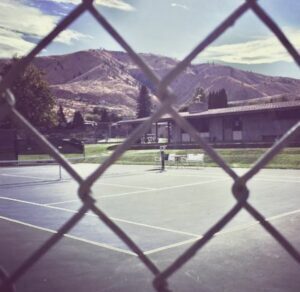 Friday night, the Scorpio Moon opposes Mars and squares Saturn. This emerges under the weekend-long condition of Mars squaring Saturn, a t-square with the Moon. This condition of restricted or harsh (or cruel) motion has an emotional/physical component, activating the limbic system.

You likely know what all those words mean, but here’s what they meeeeaaaan: you’re shaken, or stirred. Your emotional body is in taut communication with your physical body, the one that creates the chemicals that MOVE you. In both senses of the word. Fight, flight, freeze, fawn – adrenaline, dopamine, etc. Your tummy may rebel. Perhaps you get the trots.

What do we do, how do we feel when restriction or barriers show up? Speedbumps! Do we slow down, or speed up, or ignore them? Some people get really pissed, I’ve seen it.

It activates issues of safety versus agency. I want to be zen under pressure. But I’m not. Sometimes I am – if conditions are ideal.

So, now you know. That makes conditions about as good as they get. Mars squares Saturn exactly on Sunday afternoon, so the influence recedes from there. Sunday morning, Venus in Cancer (Moon ruled) perfects a trine to Neptune. Mars also moves into sextile with Neptune, inspired action.

So most of the Mars-Saturn (and Moon!) influence is ameliorated by the gentle flow of aligned need and desire in the ideal, and a chance to steer clear through protected action.

People want to consume an aura of the ideal, and that fog obscures a lot of the ugliness we could have around the Mars-Saturn stuff. It either hides it or outright soothes it. Sometimes it’s tough to tell the difference. There’s flow in that dream and sometimes the flow shapes actual reality. We are very impressionable creatures.

Saturday night, the Moon in Sagittarius squares Virgo Mercury and goes on to trine Sadge-ruler Jupiter. The mood-drive to escape restriction and motor toward perceived freedom is at odds with actual reality – what we know to be true, or merely sense. What we communicate.

Someone tells you one thing right before they head out to “follow their heart”. Or they don’t, because they’re an individual and not a theoretical whim that I’ve written. But it’s a flavor. Mars square Saturn is also a flavor, a punch you in the lying face flavor…so lean in to the Virgo Mercury reasonable human being who cares about others influence.

That violence part is less likely under Venus-Neptune dreaminess, but it IS likely if you deceive yourself.

All through the weekend, Venus heads into sextile with Mars as both move into aspect with Pluto. What we want, do, and want to do is a bit dark, but in a good way? It looks like it works out anyhow, even if we take a dark turn to get there.

On Sunday, the Sadge Moon trines the Leo Sun and Chiron (a grand trine in fire) and goes on to sextile Saturn in the night. So use the active and hopeful mood to fuel a fire for creative intensity… in healing, learning, change… then lock down that innovation. The mood is upbeat, and it feels good to grow from your own perceived mistakes and the broader, generalized mistakes of others.

Do you have any weekend plans?